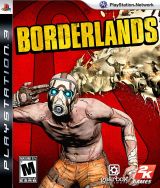 -Visuals- 9.2/10
This is actually somewhat of a tough call. Up close the cartoonish aspect sometimes fails as things will be obviously 2D, however, when viewed from any reasonable distance the effect actually looks more like a 3D rendering than many other games. The major complaint for some will be the cartoonish aspect. Most things are bordered by dark black lines and the filled in with (typically) various (for lack of a better word) "autumn" colors, which interestingly enough, in my opinion, fits the feel of the game perfectly. The planet Pandora is a dry, rusted, run down arid wasteland, it doesn't nee vibrant colors, although some of the enemies will provide a perfect splash of color.

-Sound- 9.9/10
The soundtrack itself is awesome, especially when the heavier music kicks in for the boss battles. The voice overs are also extremely well done. The tones and accents fit perfectly (especially Scooter and Tannis, my favorite two by far)in a worn down world full of survivors, misfits, aliens and many, many bad guys. I will leave it up to you whether you love the Claptraps or hate them though, lol. 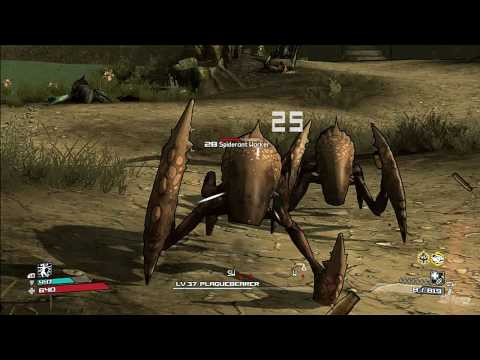 -Gameplay- 9.6/10
Kill (or be killed) loot your enemies, loot the various containers strewn across Pandora all the while attempting to figure out the secret of the Vault and complete numerous, and I mean numerous side quests all the time keeping the best shield, the best weapons and the best addons for your chosen character. You can play as one of four classes (Hunter, Berserker, Soldier or Siren) each of which has their own strengths and weaknesses and each of these classes is then customizable by finding/buying upgrades which are class specific. The idea is simple enough, constantly find better stuff and use it to progress, what makes it so much fun is all the weapons, it is simply unreal how many there are and how different each is, I had a field day simply killing things using different weapons! According to Gearbox there are actually 17,750,000 different variations of weapons! The game is simply a ton of fun to play, relatively easy controls, great interface to change weapons and use heal packs etc. My only two complaint are 1: It will take awhile to earn enough upgrades to carry many weapons, heal packs, etc (at the beginning of the game you will struggle some, and once you drop a weapon it's gone, unless you immediately pick it back up), although by the end you'll have plenty of backpack room and 2: in some battles it's simply too easy to win, I seldom sweated any battles unless they were boss ones and a few of them I destroyed easily as well. 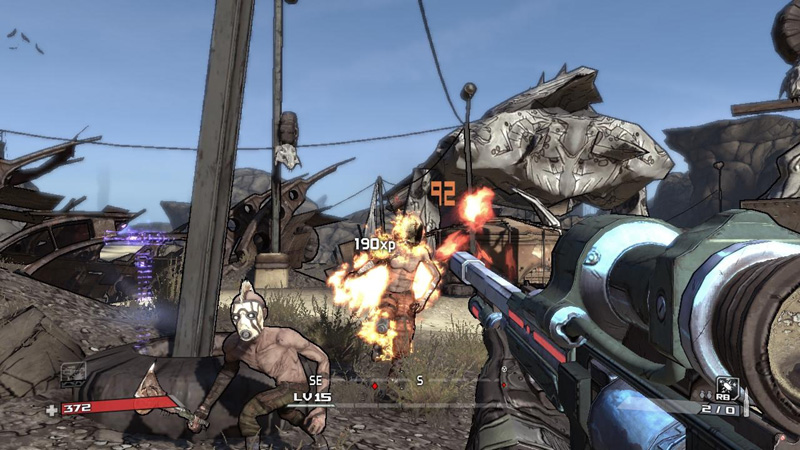 -Story- 9.0/10
Some say there really isn't much of one, but I slightly disagree. While the gameplay certainly takes over the story and the journey is much, much more important than the end, there is a thread of continuity, but pay attention because the main quest isn't mentioned much and you can lose track of exactly what is going on if you don't pay attention and/or get too immersed in all of the side quests.

-Overall- 9.6/10
I know some will disagree but honestly it's one of the best games I have ever played. The side quests are wonderful fun, the trophy hunting is hilarious and the enemies actions as a great example of what AI is capable of. The re-play value is also very nicely done with all the quests being reset although a tad harder and you keep everything you finished the game with (your enemies will now be at your level though, they won't be pushovers at all). And of course there is the whole multi-player aspect which I'm sure you gamers will love.